In collaboration with Get Broadcasting, we organised and launched a one-night only charity event which was live streamed across multiple platforms.

Working in tandem with our live broadcast agency Get Broadcasting, and our client The Irish Wheelchair Association (IWA), we organised and launched a charity boxing match to help raise funds in aid of IWA.

We decided to promote this fundraiser through our own social media mediums to ensure maximum visibility and reach. We ran paid media content on LinkedIn and Twitter as these two channels were where our primary target audience was – patient organisation groups, the healthcare industry and sports enthusiasts.

We explored different social media content formats such as a 15s launch video and carousels. The paid media ran for 5 days before the event day, and we drove over 164,000 impressions, reached over 80,000 individual profiles and had over 58,000 video views with a spent of only €500.

All paid media content was directed to the event landing page. 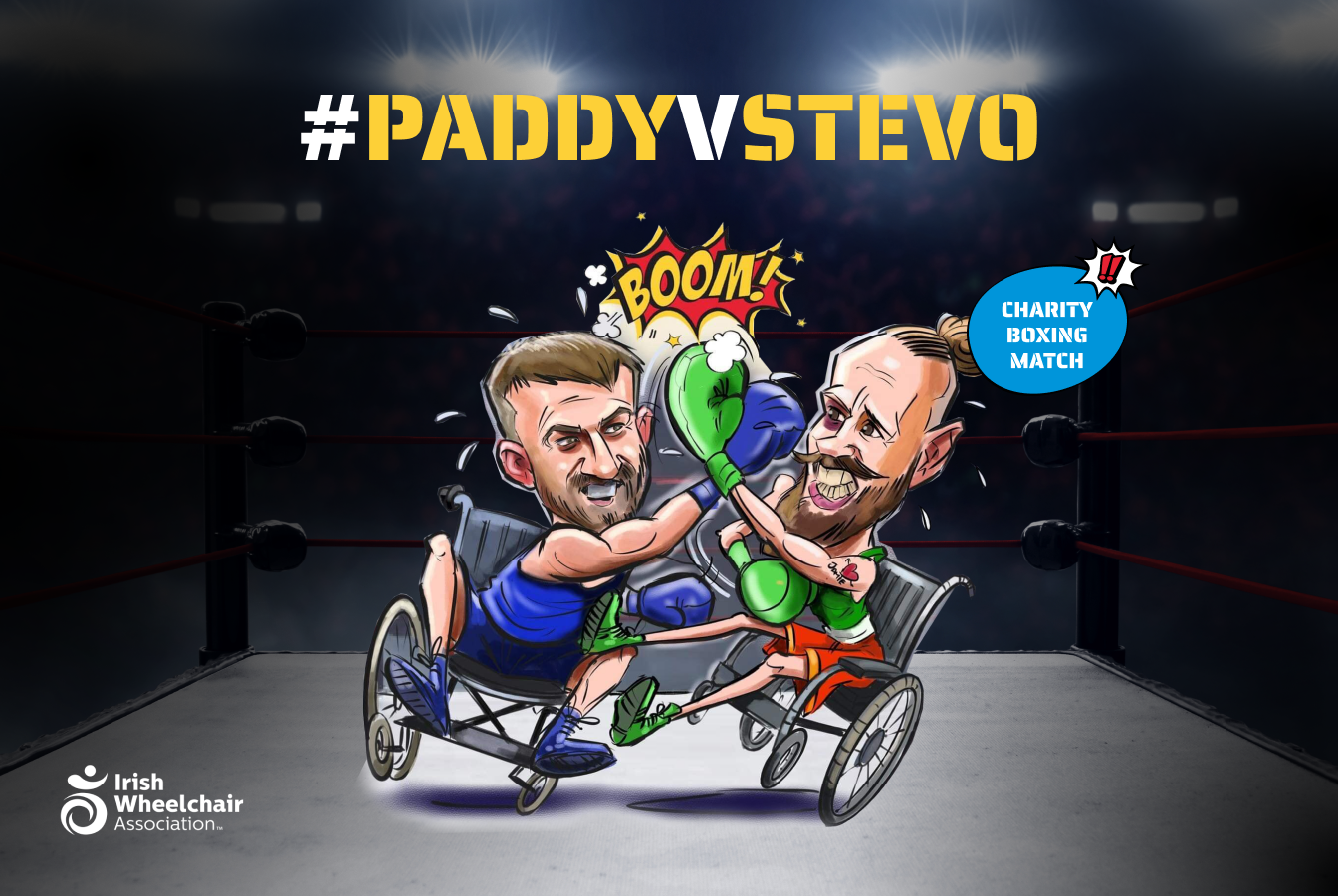 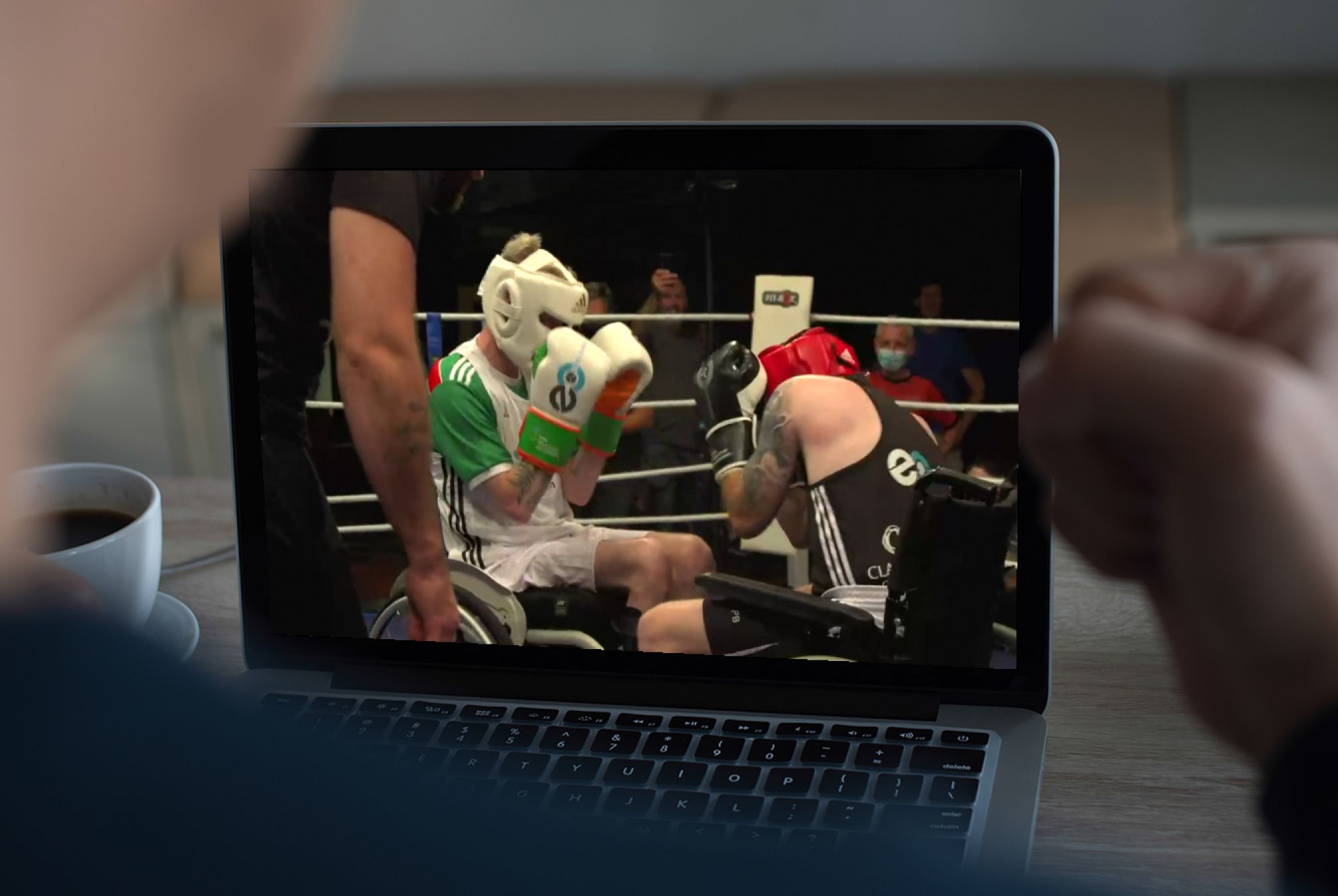 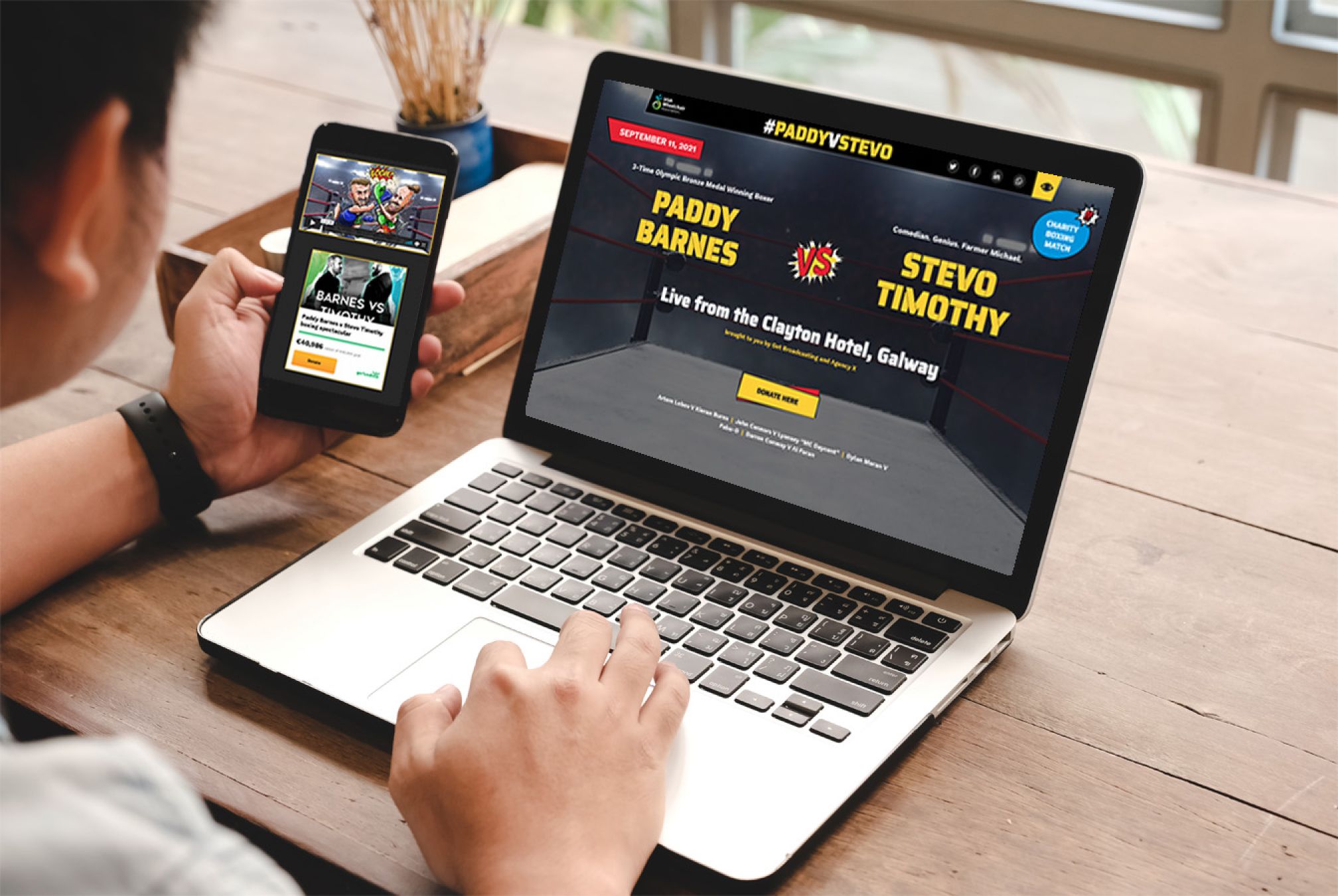 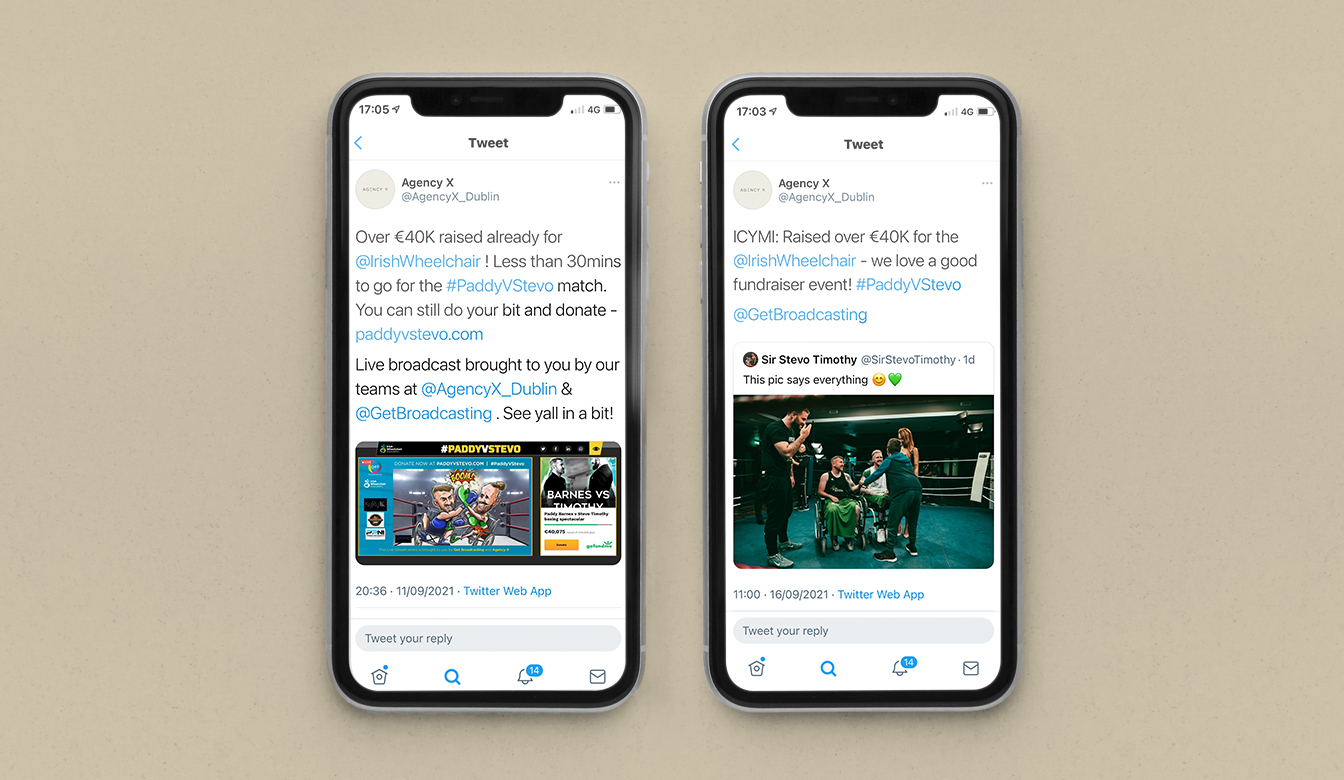 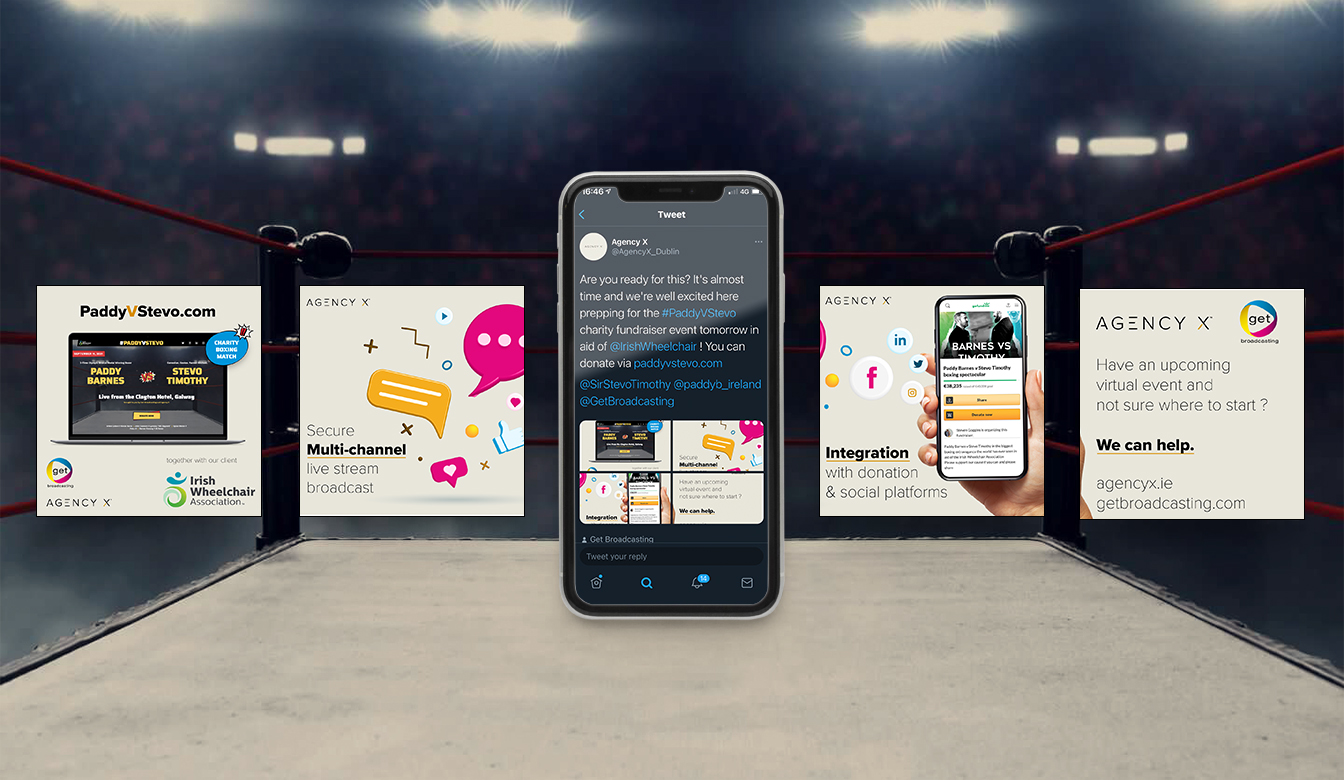 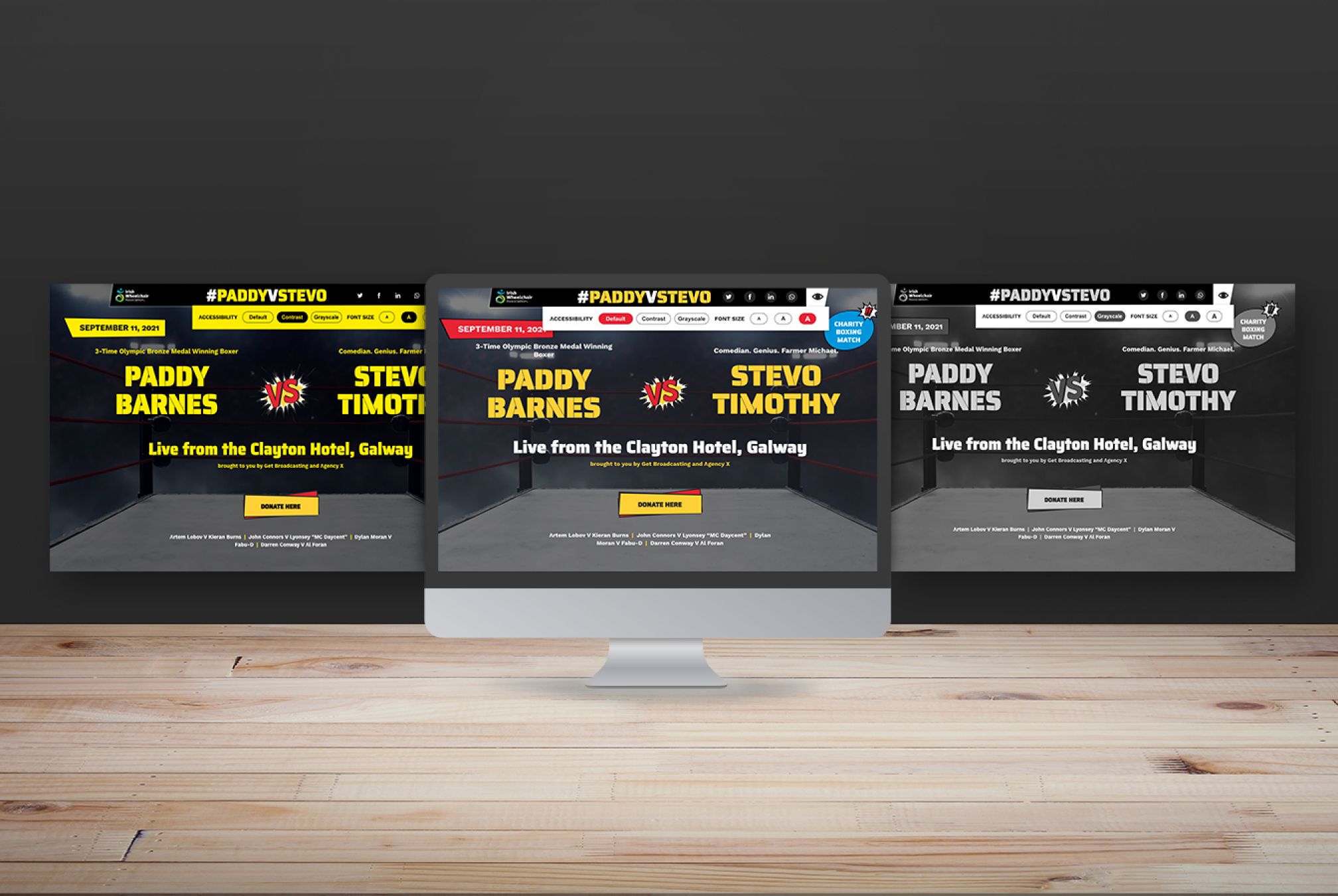